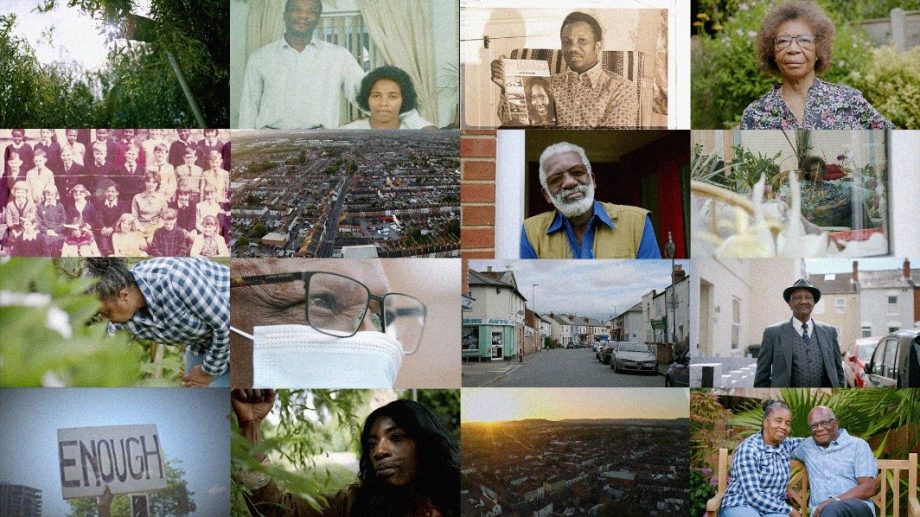 Our community group began meeting towards the end of 2019.  We bonded well and there was an air of excitement and hope as we met from week to week.  The enthusiasm could be felt by those around us as we sat in a local coffee shop, sipping our hot drinks and sharing ideas and thoughts on what we could do to co-create change in our community. We wanted to encourage participation and make an impact on the lives of those around us. With so many options available, the group tossed ideas to and from. Finally, everyone was content with what had been decided and we were ready to take Gloucester by storm.

Lockdown came as an unwanted blow to our co-creating change group which consists of five members of the community who all want to see change in Gloucester, their community and their relationship with the arts.

We have local business people, a representative from the senior black community as well as community leaders who are now very involved in shaping the local community arts scene.

Prior to lockdown, the group were planning four main community events for 2020, which included a family variety performance event. This would feature a well-loved black comedian (Judi Love) as well as a local comedian. The event would also incorporate local singers, dancers and poets. The group chose to do this event because they felt that the show would appeal to a wide cross section of the community and it would give participants the opportunity to be involved in an exciting local production.

Our next events were both plays. One was called ‘Queens of Sheba’ which tells the hilarious, moving and uplifting stories of four passionate Black Women battling everyday sexism and racism. This show was already on tour within the UK. However, the group felt that the subject matter highlighted within the production was important for members of the BAME community to engage with. The commissioning of this show would have provided an opportunity to have healthy and honest discussions on the impact that racism and sexism have within the black community.

The second play was called the ‘Elephant in the Room,’ which was a production on the effects of mental health on black men. The group recognised the impact that mental health has on black men and wanted to grab the opportunity to highlight, educate and generate awareness on the matter.

Our final event was a family fashion show, which would take the audience on a journey through time; from the Windrush through to the Covid 19 Pandemic and also include the recent Black Lives Matter protests. The show would have a local dance group and choreographer, working with a nationally recognised choreographer. There would also be poetry, music and fashion created by local designers and local participants.

When news came that we were entering a lockdown, we knew that it was important to keep up the momentum, so we switched to meeting on zoom. It became apparent that now more than ever, it was important to talk about co-creating practices. Society and situations can change so rapidly that we did not want to lose the hard work and efforts that had already begun. We quickly realised that most of our plans would not be possible in the way that we had originally conceived. However, it was suggested that we could continue with the fashion show, once lockdown began to ease a little, as we had planned to do the fashion show outdoors. 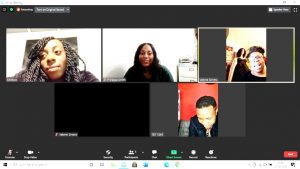 Some of the group, meeting to discuss the fashion show with Valerie, a local designer

We started making enquiries on doing an outdoor production but quickly realised that there were still many obstacles relating to the pandemic. After many weeks of trying and realising that organising a socially distanced outdoor event could cost us more than we had originally budgeted for, we decided to see if we could do the events indoors instead. We approached many organisations asking if we could use their buildings for our event and we were met with various answers ranging from ‘no’ to ‘yes we would love to help.’ However, those who said yes, would later come back to us to retract their offer due to ever changing government guidelines. Finally, we decided to give up on the idea of having a live audience for the time being, and so, we decided to create a promotional trailer. We began advertising the event and highlighting the show with the hope and trust that we would one day soon be able to put on our live event as we had originally planned.

Lockdown also gave us the opportunity to think about what else is possible during these strange times. One of our group members, Mr Dennis is an elderly man who is passionate about the community and co-creating.  He got me thinking about other elderly people within the black community. What must they be going through during the pandemic? Given the fact that research shows that members from the BAME community are more likely to be affected by Covid 19.  I had the idea to make a documentary on the black elders and the effect of lockdown. I pitched it to the group and everyone loved the idea. Mr Dennis said that he would love to be a part of the documentary and Michelle, one of our group members said that she would like to volunteer to help with the filming. She also said that her teenage daughter and her peers were also feeling the effects of lockdown and would benefit from coming onboard.  With the help of a local film maker and the volunteers, we set about creating the film called Life in Lockdown; featuring Gloucester’s Black Elders. Audio recordings of the interviews were also made and can be found here. 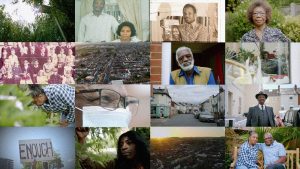 Snapshots of the Life in Lockdown film

The community has been supportive in their response to the film. Our work has provided a platform for black elders in the community to speak about the experience of lockdown. The work has also provided an opportunity to talk about issues such as; racial injustice and the impact that these events and circumstances have on their lives. It also provided a snap shot of a moment in time, which present and future generations can refer to.  It will be a tool to aid in understanding history, as well as the mindset of a group of people who have lived, worked and contributed to UK society over several decades. Overall so far, our work has enabled members of the community to be more active in co-creating cultural events and art which have resonance with the community. 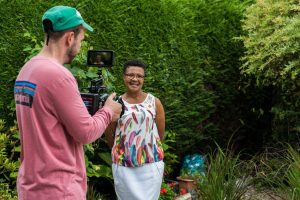 One of the black elders being filmed

Since lockdown, interest for our group has grown and continues to grow as we involve more people in our planning and projects, giving them opportunities to be a part of an emerging and vibrant arts community. We have seen more focused engagement with community members outside of the core group making contributions as well as offers of support.

Although things have changed drastically since we first met, the group continues to meet on a regular basis, making plans for our next steps. Our journey to help shape and influence the arts scene within Gloucester has provided social value as we take ownership and pride in the work that we are doing.

As we face an uncertain time ahead, it is important now more than ever, to not only talk about co-creating practices but engage in them. Despite the challenges, our group is very much committed to continue working in this way, and we all look forward to what can be achieved as we work together.

Watch ‘Life in Lockdown’ below: