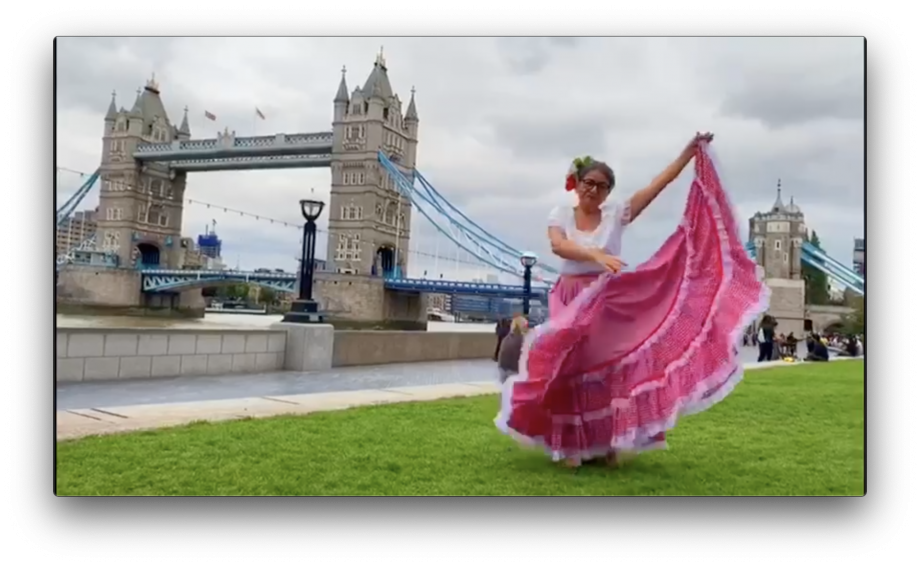 La Lucha (The Fightback) is a new documentary co-created by Crowded Room and 9 Latin American migrant cleaners as they fight for justice and understanding in the face of workplace exploitation. Using a combination of documentary storytelling and scenes devised and edited by the group, the film invites audiences to walk in the shoes of ‘Las Luchadoras’, and be inspired by the change that comes from collective action. Mark Knightley, co-director of Crowded Room, describes his experiences in making the piece.

La Lucha has gone through many stages and forms since my research began, well over a year ago. The idea initially started as an exploration of the world of precarious and low-paid work (something that I have had a lot of experience of). After conducting some research with low-paid and precarious workers, we originally intended to make a headphone theatre show, focused on the lives of telesales operatives who are forced to work late into the night to meet an arbitrary sales quota. This work was was supported by Shoreditch Town Hall with a week of R&D and a showing at the end. The results of that work were mixed; a lot of rehearsal was taken up with battling with problematic tech and we struggled to mix competing ideas from different groups into a compelling narrative. The lesson that I learned was to simplify and to dig deeper for truth.

All of our work at Crowded Room comes from real stories. We seek to speak to and work with people whose lives are both ordinary and remarkable. We then either use their words to sculpt a script, or we work with them to co-create a play.

As part of my research I had been introduced by the incredible journalist and writer Jack Shenker to the trade union, the International Workers of Great Britain (IWGB). The IWGB are a radical grassroots movement and the self-styled ‘baddest union in town’. They represent a wide range of migrant workers who are trapped in low-paid, outsourced, zero hours contracts. Despite their employment model having being deliberately designed to guard against unionisation, the IWGB have successfully organised workers and won case after case against the government and exploitative employers, improving rights and working conditions for all.

During early research I was privileged to have intimate conversations with their president, Henry Chango Lopez, and the inspirational Maritza Castillo Calle. They described how they were working with no holiday pay, no sick pay, and no living wage. Sometimes cleaners weren’t paid at all and their working conditions were directly controlled by the whims of whichever supervisor they were working under.

One day, the workers had had enough. They downed their tools and went on a wildcat strike, marching around the building with drums, music and chants. The resulting noise gained attention from around the university, concessions for the workers were quickly gained, and a new movement was formed.

My first experience of demonstrating with the group was outside the private members’ club 5 Hertford Street. The club is synonymous with secrecy and exclusivity, and is a ‘favourite haunt’ of Boris Johnson, Aaron Banks, Prince William and numerous A-list celebrities. The disparity between the clientele and the people who work in the building is obvious. When I arrived the IWGB were protesting for a living wage and fair working conditions. Kitchen porters were paid £8.65 per hour, receiving 20 minute unpaid lunch breaks and not being paid overtime.

The protest was raucous. Visitors to the club pulled up in Rolls Royces, stepped out in pink corduroy suits, and were ushered, bemused, by up to eight bodyguards past chanting, flag waving protestors. Over the following months, the club gave little ground to the workers’ demands, even suspending the porters over their complaints, but the union kept coming. As a movement they are relentless, determined, and fiercely loyal to the people that they have promised to support.

It was at a fundraiser for the IWGB that we met Jordi Lopez. Jordi is a caseworker for the IWGB and was already thinking about ways of documenting and presenting the stories of exploitation and fightback. We worked together to apply for the Co-creating Change Network commissions and were delighted to find out that we were successful in December last year.

Our journey since then has been tumultuous, inspiring, and creative. During our second rehearsal in March we learnt that two of our nine co-creators would have to leave the country. One of them had been a victim of sexual harassment at another private members club in Mayfair. She had recently learnt that her attacker, her supervisor who had previously been suspended, was being allowed to return to work. The day that he returned the club celebrated International Women’s Day with inspirational talks from celebrity guests.

Shortly later the country went into lockdown. Our co-creator, Jordi, was working night and day to defend the cleaners, who in many cases were still working late into the lockdown without sick pay or employment rights to fall back on.

Despite all this the women were determined to continue. We developed and explored new ways of working remotely through video diaries, Zoom workshops, and discussions. The women wrote and recorded poems and songs, they performed dances to camera, and they each painted their own ‘cartonera’ (originally from the favelas of Brazil cartonera are socio-political books made from recycled cardboard). Alongside this they also devised scenes that would make up ‘The Story of the Migrant’, a narrative that would form the backbone of the play.

As the pandemic continued, our process became extended. Originally we had planned to finish the project in May, but halfway through August we realised that we were nowhere near completion due to the pandemic disruption and having to rework our creative processes and modes of collaboration. Emergency funding from the Arts Council made continuing possible and we shifted our end product from being a live performance to a film that charts the process of making the play alongside the women telling and performing their stories.

The women who we are working with are an inspiration: They are not only courageous, kind-hearted and optimistic (all key attributes for creating theatre) but they are also creative, funny and effortlessly poetic. They have made huge sacrifices for their families, they have struggled through exploitation, and they have rallied against a system that repeatedly fails them. Nonetheless, they continue to contribute to our society and to stand up to injustice. Their stories show that they are not just victims – they are fighters for the rights of every worker.

We now have one final filming day left, which we are hoping that we can safely carry out at the end of October. After that we can’t wait to finish putting together the words and stories of these remarkable women and sharing their stories of friendship, hope, courage and resilience with you all.

‘I think that every day, we make notes in our book of life. We all have so many wonderful things saved away, and kept close, to offer. These are moments that we’ve not often been able to portray, but we’ve kept them close… And now we want people to see’ Guadalupe Norizt

Watch an extract of the documentary here: