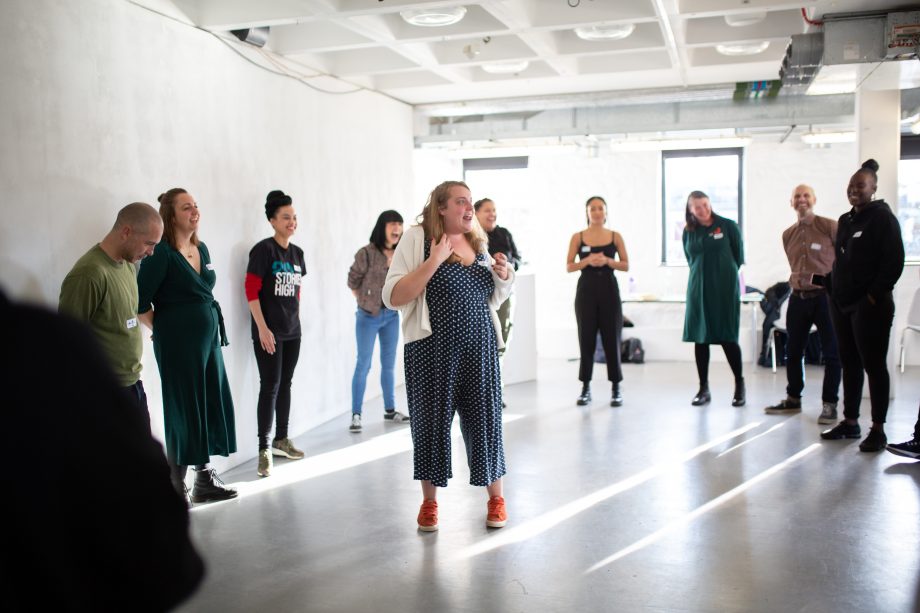 As we approach the end of our first year supporting the learning of the Co-Creating Change network, it is worth reflecting on the journey to date. It has been a busy year with three rounds of commissions, two Network meetings, core group meetings and evaluation workshops for the commissions programmes along with writing blogs and developing case study materials for publication.

The key aspired for outcomes from this network are to establish:

• a nuanced and rigorous shared understanding of what co-creation is – and isn’t;
• a degree of confidence in knowing what is required – circumstances, ingredients, qualities, characteristics, processes, factors, behaviours to really enact co-creation;
• what the outcomes of effective co-creation might be.

There is no silver bullet here in terms of learning – rather an ongoing reflective journey that often raises more questions than it answers. We are currently planning a year of work around new elements in the programme which will include the replication and growth commissions, a series of conversations, two network meetings and distilling the findings of the 11 commissions supported this year.

The third round of commissions were considered by the panel of Network members on a cold December day in Battersea. This round was vastly oversubscribed and there were some fascinating projects within the 62 applications with only two being selected for support. This meant many worthwhile projects were not supported. Each commission is different and will hopefully surface some new learning about what co-creation is and what it isn’t. They are action research projects and it is important to state that they have not been selected as ‘best’ or ‘next’ practice but rather as experiments and test beds for new learning. It is their brief to contribute to the overall learning of the network and this came across strongly in early January 2020 when we met with 7 of the projects to discuss and share their approaches. Some of them will be sharing learning at the next Network meeting in May 2020 and we will also be providing a live interim report on the work we are doing,

One of the interesting unexpected areas of learning is accruing around the role of the Network’s lead agency, Battersea Arts Centre as a ‘funder’ of the commissions. Whilst there have been instances where the traditional funder/ funded relationship has reared its head when dealing with the commissioned projects, in general the projects have welcomed a more peer to peer approach that is more hands off and less restrictive. People have welcomed:• Not hiding the fact that the proposed project was about social change;
• Not having to have a pre-determined outcome;
• Talking to a peer who understands the reality of working on the ground;
• Being able to take a risk and try something and not worry if it fails.

Liz expressed this astutely … “this is not about traditional approaches to accountability. You are accountable through the learning.”

This is both a challenge to the funders of this kind of work who we will hope to be informing with our learning as the year progresses but also to the field. This network affords the opportunity to embrace risk and failure which is often where we learn the most. We operate within a culture of accountability that is often risk averse and within which we feel unable to talk about what doesn’t work. This holds us back and ensures that control rests with the accountable. It can set the bar low and might bury any deep learning. If we are genuinely trying to co-create we cannot afford to adopt this approach. Instead we must accept that shifting agency may bring risk and embrace the right to ‘fail’. That is the path to learning.
Research is currently being carried out by Dr Leila Jankowich and Dr David Stevenson which may be of interest to readers: https://www.culturalparticipation.co.uk/

She states on the web site above:

“As resident artist on the FailSpace project, one of my main roles is to engage in critical reflection by practice on issues raised over the course of our research about cultural participation and failure. This week, my work represents a response to a quotation from cultural policy literature which states that:

A policy is successful if it achieves the goals that proponents set out to achieve and attracts no criticism of any significance and / or support is virtually universal. (in McConnell, A, 2010, Policy Success, Policy Failure and Grey Areas In-Between, vol.30, issue 3, p.351).

For me, this seems to set a very low bar, which not only rewards ‘safe’ and unambitious projects, but may also serve to reinforce a culturally inequitable status quo.”