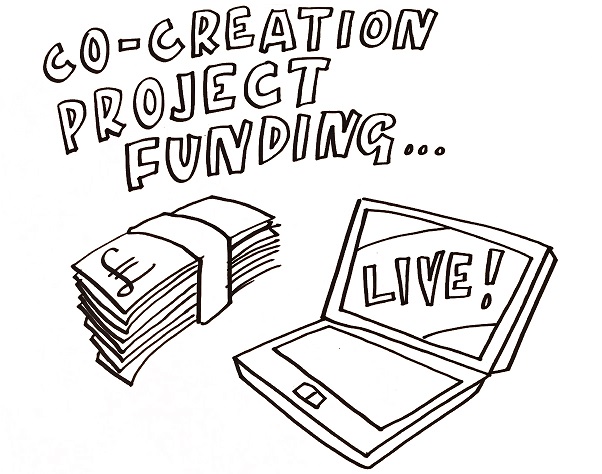 A wet Battersea day saw a group of passionate and committed people coming together around a table to discuss the 28 applications received as part of the first round of Co-Creating Change Commissions. Sustained by tea, coffee and fruit and expertly chaired by Hilary Jennings, the panel jumped straight in with a discussion around the applications that had stood out for them and which they wanted to advocate and support. From the onset, what was incredible, given that this was the first round of applications, was the amount of consensus there was around the table and within an hour a number of things began to emerge.

The applications that spoke to the panel shared a number of characteristics. They were authentic and honest, the voices of the people who were the co-creators of the bid resonated and they were ambitious but not over-claiming. Where change was being proposed at both individual and systemic levels and where there was a real need – even an urgency – the application felt strong. Where there was a genuine commitment to reflection and learning and the people proposing the project genuinely ‘owned’ the process of change and wanted to make that change the panel were enthused.

Those that were not as strong, highlighted several challenges that the Network faces. Just to highlight two of these:

By the end of the meeting, five very different applications were selected which will hopefully demonstrate different approaches and processes, test ways of working and generate learning that can be shared across the sector.  They will hopefully help to start “defining the territory in a more nuanced way” and they will also hopefully lead to change for those involved.

The commissioning panel for this round of Co-Creating Change Project Commissions was made up of the following people: